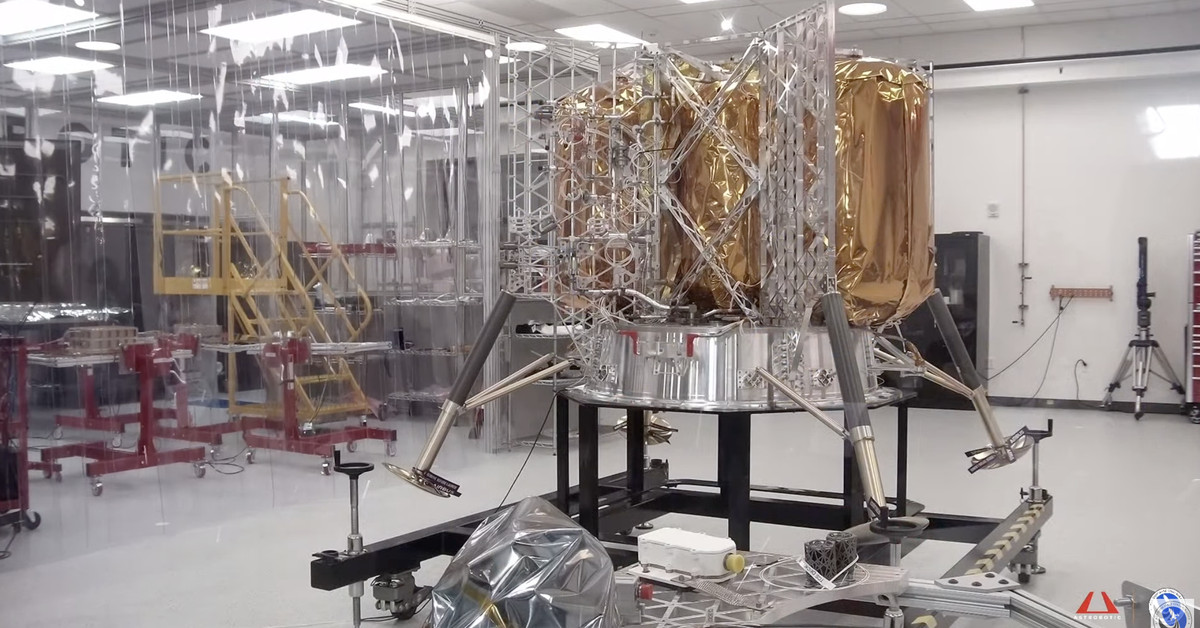 This afternoon, commercial space company Astrobotic unveiled its near-complete robotic lunar lander, designed to deliver payloads for paying customers like NASA to the surface of the Moon. It’s the first time the company has shown nearly finished flight hardware for the lander ahead of its scheduled launch later this year.

Called the Peregrine Lunar Lander, the spacecraft is about the size of a stubby refrigerator, standing just over six feet tall. Five main engines mounted at the base of the lander will help navigate the vehicle through space and eventually allow the vehicle to land on the surface of the Moon. The vehicle has multiple locations where it can store mounted payloads for experiments designed to take advantage of the lunar environment and customers who only want their products on the lunar surface.

Astrobotic, based in Pittsburgh, is one of two private companies aiming to become the first to send a commercial robotic lander to the Moon – and land it in one piece. The other is Houston-based Intuitive Machines, which is building its own robotic lunar lander called Nova-C. Both companies have received multi-million contracts from NASA to help spur the development of their probes, which, in turn, provide the space agency with a way to bring science experiments to the Moon. It is a small part of NASA’s flagship Artemis program, a major effort by the agency to eventually return humans to the lunar surface.

“Our first priority is mission success, and if that’s first, great.”

By funding various companies, NASA also hoped to encourage friendly competition. Originally, the agency had funded three companies in its first round of contracts, known as the CLPS program, but one of the awardees dropped out. Now, it all depends on Astrobotic and Intuitive Machines, both aiming to pilot their probes sometime this year.

“Our first priority is mission success, and if that’s first, great,” says John Thornton, CEO of Astrobotic. On the edge. “And if not, that’s fine too. Really, success is the most important thing, but it is the first commercial lander that is revealed. We haven’t seen any hardware or photos of [Intuitive Machines’] spaceship yet.” (Another privately built lunar lander, made by Israeli nonprofit SpaceIL, attempted to reach the Moon in 2019 but failed to land.)

Members of NASA’s leadership team, including Administrator Bill Nelson and Thomas Zurbuchen, NASA’s Associate Administrator for Science, were present at the Astrobotic facility today for the grand opening. “This is an exciting time and our business partners are a part of it,” Nelson said during brief remarks on Astrobotic.

The spacecraft’s flight structure was unveiled today, but some tanks, solar panels, propulsion and other attributes have yet to be added to the vehicle. “Obviously, the lander is still being built, but it’s far enough away that we can unravel what it looks like now,” says Thornton. “And it’s so exciting. It’s 15 years of construction.” Astrobotic declined to provide details on the cost of Peregrine. or how much you charge customers for a space on the lander.

For its first launch, the Peregrine spacecraft will carry 24 payloads to the Moon, according to the company. A little less than half are NASA science instruments, while the others come from a diverse group of commercial customers. A payload includes a rover created by Carnegie Mellon students and there is also a micro-rover of the Mexican Space Agency. The lander will house some unique payloads – such as a moon dream capsule from Japan and a physical Bitcoin coin, “loaded” with a Bitcoin. The lander’s destination is a region called Lacus Mortis – which mysteriously translates to “Lake of Death”. Once it lands, Peregrine will attempt to last a full lunar day, about two weeks, before the two-week extra-cold lunar night begins.

Astrobotic’s trip to the Moon is still an open question. The Peregrine lander is slated to be the first spacecraft to fly on the United Launch Alliance (ULA) Vulcan rocket, a new vehicle that has been in development since 2014. However, the Vulcan is a few years late in reaching the launch pad. and it’s not ready yet. The rocket is designed to fly on a new engine being built by Jeff Bezos’ space company Blue Origin called the BE-4 — but those engines are also years behind schedule.

“Obviously, the lander is still being built, but it is far enough away for us to be able to unravel it.”

Thornton says he has received assurances from the ULA that the Vulcan will launch in the fourth quarter of this year and that the BE-4 engines will be ready by the middle of this year. He says Astrobotic “has no reason to doubt” the ULA. “ULA is a historic and successful company,” says Thornton. “So we felt very confident on launch, which is why we booked with them.”

One thing rivals intuitive machines he does has is a contract to fly a working rocket. The company is expected to fly its Nova-C probe on a SpaceX Falcon 9 rocket later this year, though Intuitive Machines does not have a date for the flight. As for the differences between the two landers, Thornton points to the fact that the Peregrine lander is much stockier than the fairly tall Nova-C lander. He also mentions that the Peregrine will fly on “proven” hydrazine fuel, while Intuitive Machines is experimenting with a new cryogenic propulsion system.

“At the end of the day, we’re both in the lunar delivery business,” says Thornton. “And obviously we think our lander is the best fit for our customers and so far our customers have chosen us over the competition.” 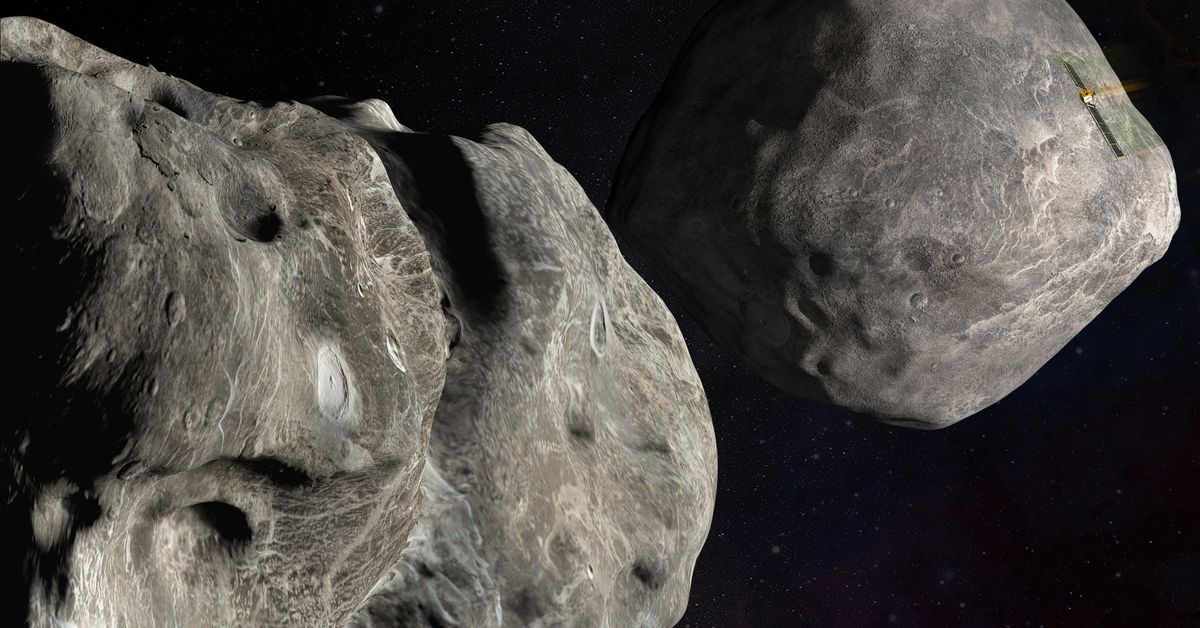 Quantum biology in your DNA