Want to learn more about the Diablo 4 Necromancer class? Of course you do! Diablo 4’s fifth and final class has finally been revealed, and we’re delighted to see the Diablo II fan favorite join the fire once again in Blizzard’s long-running action RPG series.

As in previous games, the Diablo 4 Necromancer class is primarily a summoner who specializes in creating a skeletal militia and bulky golems to overwhelm all enemies in his path. Blizzard has confirmed that this iteration of the Necromancer will be the most customizable in the series, and we’ve compiled everything we know so far for you to decide if this ghoulish spellcaster is right for you.

Essence is a Necromancer’s main resource. While it slowly recovers over time, using Basic Abilities can generate Essence at a much faster rate, allowing you to cast more often.

Meanwhile, the corpses of your fallen enemies can be used to summon minions and activate other abilities, including one of Diablo Necromancer’s most iconic abilities: Corpse Explosion. Additional abilities like Decompose allow you to spawn additional corpses as needed, so you never run out of a body to lift.

No weapon can be more suited to a Necromancer than the reaper’s scythe, and the Diablo 4 Necromancer is the only class in the game that can use them. That said, you’re in no way forced to keep it for your entire game, and there are plenty of alternatives to equip if you’re not feeling the harvest.

Here are all the weapons and gear Diablo 4 Necromancer can use:

Curses are an essential part of any Necromancer’s arsenal, and they’re making a welcome return in Diablo 4. While we still can’t confirm whether the curses revealed so far will work exactly the same as in previous games, we can give you a quick explanation. of what we expect from these powerful debuffs:

Here is a list of all known Diablo 4 Necromancer skills, broken down by skill type:

Spirit of Bones: Consume all Essence to conjure a bone spirit that seeks out the nearest enemy, exploding on contact and dealing area of ​​effect (AoE) damage. This damage increases depending on the amount of Essence spent, so maximizing the amount you have before casting Bone Spirit is a must.

Bone Prison: Slam your weapon on the ground and summon a wall of Bones to completely surround an enemy or target area. As the name suggests, enemies cannot invade the Bone Prison while it is active, making it a great tool for trapping large groups of enemies or blocking corridors.

Bone spear: While this iconic Necromancer ability has yet to be officially revealed, gameplay footage from the Xbox and Bethesda conference included a Necromancer launching a projectile that bears a close resemblance to this spell in previous games. This projectile deals damage when passing through enemies; when hitting a wall, it splits into three smaller projectiles that deal additional damage. 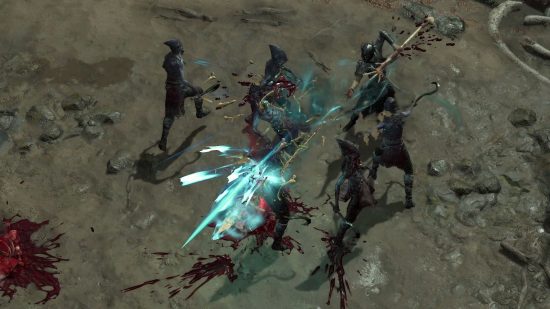 Decompose: Channels dark magic into enemies, dealing damage and generating Essence simultaneously. Decompose also spawns corpses periodically, allowing you to summon a wave of skeletons and turn the tide of battle in no time.

Prague: Launches a ball of energy in any direction that explodes on impact (or when it expires), dealing immediate AoE damage and then more damage over time to any enemies that are in that area for a short time. This skill pairs well with Bone Prison, or indeed any crowd control effect that keeps enemies contained long enough to maximize the damage you can inflict on them with this skill.

Blood Outbreak: A short-range AoE attack that draws blood from surrounding enemies to create a blood nova. The damage dealt by this attack is entirely dependent on how much blood is drawn by the Necromancer, so make sure you position yourself in the middle of a group to maximize your power.

Blood Mist: If you’re getting overwhelmed, this defensive ability grants temporary immunity to damage, turning the Necromancer into a fog of blood. As an added bonus, it also drains the Health of any enemies you pass, making it indispensable in times of pinch.

book of the dead

Casting spells is all very well, but a Necromancer’s true power lies in their unique power to raise an army of the dead to do their bidding. Diablo 4 Necromancer has access to the Book of the Dead, a menu that allows for more customization and control over your undead troops than ever before. There are a variety of minion types to summon and upgrade, as well as an added ability to sacrifice your summon to make your Necromancer stronger. Sacrifice allows for more class flexibility, so if you didn’t like the Necromancer’s over-reliance in the past, Diablo 4 Necromancer offers an opportunity for a more independent playstyle.

Here’s a look at all the summonable minions available through the Book of the Dead, and the bonuses you can earn by upgrading and sacrificing them:

There are three types of Skeletal Warriors that Diablo 4 Necromancer can summon:

Skirmishers: A standard fighter with increased damage but reduced health.

Shadow: No information yet.

Bone: “Uses its own bones as projectiles, dealing heavy damage for a cost of Life.” 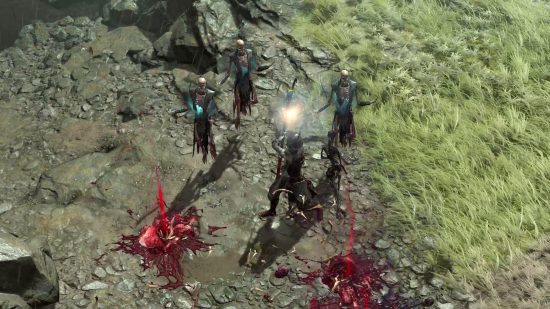 Here are the three types of Golems that Diablo 4 Necromancer can summon:

Blood: “Drain life from nearby enemies.”

That’s all we have for Diablo 4 Necromancer for now. Be sure to check back closer to the Diablo 4 release date for even more information. In the meantime, take a look at our overview of Diablo 4 Necromancer gameplay footage shown at the Xbox and Bethesda conference, or alternatively, what we know so far about the 150 hand-crafted and procedurally generated Diablo 4 dungeons you can expect. find once you finally arrive at the Sanctuary.

Why WoW: Dragonflight Does Not Include Player Hosting