Liao Guoxun, the mayor of a major port city in northern China called Tianjin, died suddenly on Wednesday of an undisclosed illness at the age of 59, Chinese media Caixin Global reported on Friday.

“Lião, who was also a deputy [Communist Party] party chief of the coastal city administered directly under China’s central government has passed away despite emergency rescue efforts,” Caixin Global said on April 29, citing a statement from the Tianjin government on April 28.

Liao’s last public appearance took place on April 25, “when he attended a meeting on environmental protection in Tianjin, according to a local media report. According to video footage, Liao did not display any obvious signs of declining health,” Caixin Global reported.

Caixin Global is a Chinese media group based in Beijing, the national capital of China. Tianjin is a municipality that borders Beijing to the southeast and is home to an estimated population of 13.9 million.

The South China morning mail (SCMP) on April 29 it relayed some of Liao’s latest public comments made on April 25 during his appearance at the Tianjin government’s anti-environmental pollution meeting. The SCMP cited as a source an article dated April 26 in the Tianjin Dailywhich is the municipality’s Communist Party newspaper.

“[We] we must resolutely implement Xi Jinping’s thoughts on ecological civilization… and fight the battle for blue skies, clean water and land with greater determination, strength and higher standards,” Liao said at the forum.

He referred to Chinese leader Xi Jinping, who serves as general secretary of the Chinese Communist Party.

Liao on the morning of April 24 “chaired a meeting of the municipal government that reviewed a plan to promote employment,” according to the report. SCMP.

Liao was born in southwest Sichuan province but spent most of his life in nearby Guizhou, where he became a high school teacher after graduating from a university in Guiyang, the provincial capital.

In 2007, Liao became deputy party chief of Tongren City and was promoted to city party chief a decade later. His career accelerated in 2012, when he was named a member of the standing committee and general secretary of the Guizhou Province party committee.

Liao served as mayor of Tianjin for one year and eight months before his death on April 26. The “sudden illness” that allegedly caused Liao’s death earlier this week remained undisclosed as of Friday. Tianjin recently suffered from a Chinese coronavirus epidemic that prompted the city to impose residential community lockdowns starting in January. Tianjin’s neighbor Beijing began implementing similar lockdowns on April 29 to contain its own outbreak of the disease. 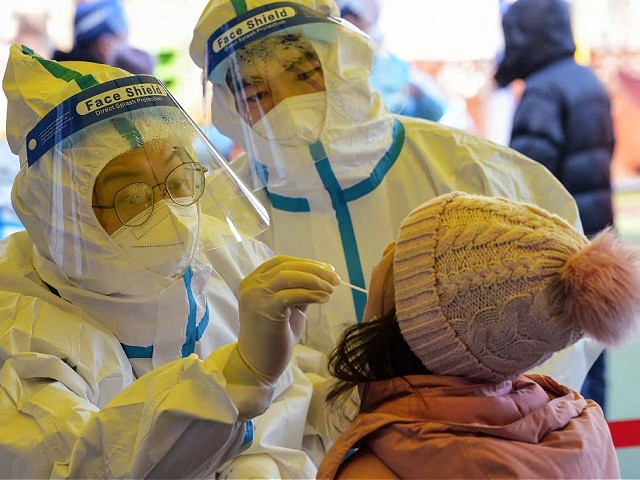 A resident undergoes a nucleic acid test for the Covid-19 coronavirus in Tianjin, northern China, on Jan. 10, 2022. (STR/AFP via Getty Images)

Elon Musk to reiterate desire to own Twitter at Thursday meeting