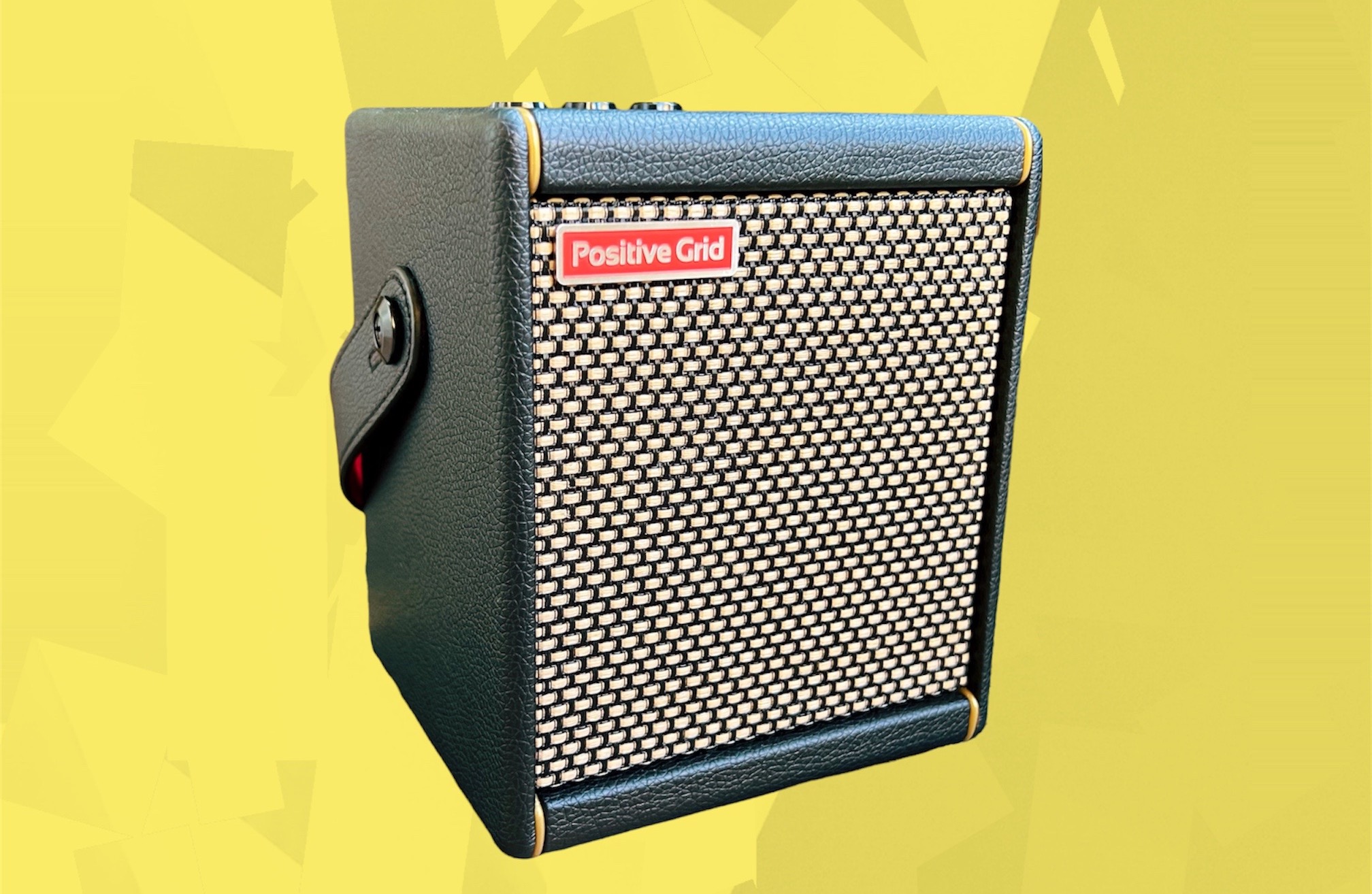 It would be ideal if each guitarist could have a music room dedicated to their instruments. For many of us, this is unrealistic, and guitars and amps need to be moved or stored in an inconvenient location. That’s why, among other reasons, it makes sense to have a small practice amp so you don’t have to carry around a cabinet amp. Positive Grid’s Spark Mini is compact, battery-powered and has built-in effects. It’s exactly the speaker most guitarists are looking for.

The Spark Mini costs just over $200, which is expensive for a guitar amp of this size. But its all-encompassing features can soften that blow. The amplifier is loud and maintains its sound quality even at maximum volume. It connects wirelessly to your mobile app and can use many effects or save them to hardware presets. Plus, if you’re worried that you won’t use it enough to justify its price, it can also double as a regular Bluetooth speaker for listening to music.

A practice amplifier for beginners and beyond

I was immediately drawn to the Spark Mini because it’s not intimidating. This is mainly due to its small size, but its controls are minimal and easy to understand without being sparse. The amplifier has a good amount of features, but they are all easy to discover.

Its build quality seems durable. The handle stands out for going beyond what was needed. On the underside is a velvety soft material that is great to hold and is pleasing to the eye. Battery life is rated for around 8 hours playing at low to medium volume. It will fluctuate depending on how you use it, but I found it to last many hours.

Much of the value of buying a Spark Mini is for its connectivity to the mobile app, but out of the box, you can use your presets right away and get to work. The first thing I did was turn up the volume. There are no numbers on the unit, but I assumed it was 11. The amp goes much louder than it appears to be capable of.

The Spark Mini isn’t made to play, but it almost feels like it could crash if needed in a pinch in an indoor cafe – that’s the volume level we’re talking about. If you use the Mini as a Bluetooth speaker, remember that the volume level on the device that streams the music and the amplifier are independent of each other.

This is an amp made for practice, and its features bear that out. There is a headphone jack to play silently. There is also a tuner and metronome function. Diving deeper into the mobile app exposes many other useful ways to stay engaged in honing your craft.

I’ve joked in the past that I don’t practice playing the bass as much as I should because it’s not an instrument that sounds good on its own. Well, any hints of truth the joke had are extinguished by the Spark mobile app with its automated jam sessions.

Smart Jam is a feature that will hear you play a few bars of music and then create a drum track in various styles for you to play along with. It also provides the chords on the screen. Quick Jam are ready-made instrument tracks, also in various styles. I love these features and was surprised at the quality and usefulness they provide.

Scrolling further down the app’s music section will reveal curated YouTube videos of all kinds of music to learn or play along with. I found the Tabbed Songs section especially clever: the app displayed large chord guides in time with the music.

The effects section and the music section make a lot of sense and are well executed. The features don’t stop there, however. There is a video section to record you playing. I really don’t see how this warrants a prominent place in the app and differs from simply using the camera app on your phone.

Interestingly, there’s also a microphone icon that hovers in the bottom right corner of most screens in the app. It serves as your own dedicated voice assistant. Touching it starts listening to your command. What can you say to him? As of now, he lists three things he’s good at, including “Playing drums” and “Playing a backing track.”

It looks like this feature is included because someone thought the app was too cumbersome to access these features quickly, but the introduction of another icon with very limited functionality seems more egregious in my opinion. Coming out of those three commands, I asked it to “Play a song” and it did a search for “song”. Personally, I would ditch video recording and simplify the interface around effects and practice music.

The effects are all customizable. The ability to tweak the sound to get the style you want is at your fingertips. If you don’t want to waste time, however, there are plenty of pre-made effects that you can download.

As solid as the software side of the equation is for the Spark Mini, there was one critical downside I found – upgrading the amp. The Spark mobile app gets new features from App Store updates, but the amplifier itself can also gain new abilities. But, I think updating the firmware, or built-in software, on the amplifier is too complicated.

Updating the Spark Mini requires connecting it with a cable to a Windows or Mac computer because Positive Grid’s Firmware Updater software is only made for those two platforms – a requirement that prompted me to say, aloud, “Really?” when i realized this. There are many people who use Chromebooks or iPads as their main machines, however, who cannot run their computer software. Also, even if you have the proper computer like I do, it still might not work.

I restarted my computer, tried different USB-C cables and disconnected and reconnected the cable several times. Nothing worked. None of that should matter, though, because a wireless speaker that can update guitar effects on the amp via its mobile app should be able to do everything wirelessly from the mobile app. Fortunately, I’m sure this is something that could change in the future. I just hope so.

Should you buy the Spark Mini?

The Spark Mini is a great portable practice amp. It works best for guitarists, electric and acoustic, but it can also work for bass players. I really like its extensibility through its mobile app and being able to add and change effects in near real-time. It’s definitely not cheap, but overall I think it offers a lot of value – including its role as a Bluetooth speaker for music.

Mobile app interface clutter and need to change phone and speaker volume when using it to play music are minimal inconveniences in general. My biggest complaint relates to needing to plug the amp into a computer and go through a complicated process to update it. This might be a bigger consideration for some people without a traditional computer, but again, it might not be a deciding factor.

If having an always-accessible amp that’s ready to go whenever you’re encouraging him to play music more often, then this will be money well spent.

Newsweek may earn a commission from links on this page, but we only recommend products that we support. We participate in various affiliate marketing programs, which means that we may receive commissions paid for editorially chosen products purchased through our links to retailer websites.

Physics: Do girls avoid it because it’s too hard? 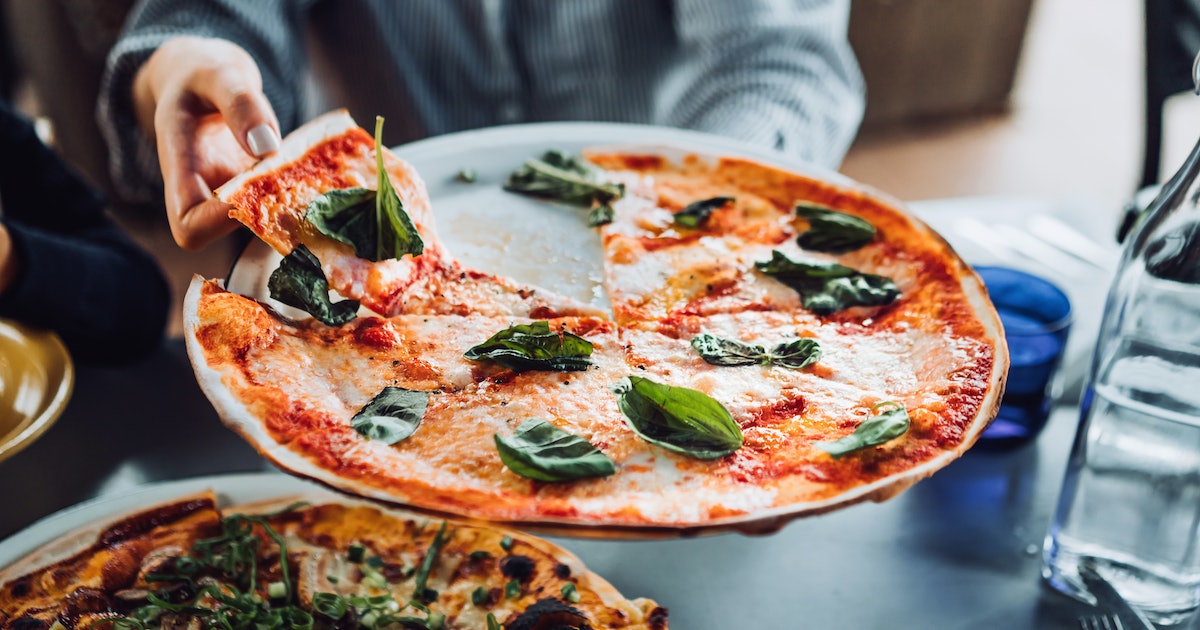