And so another Premier League season is almost over.

But that doesn’t even begin to tell the story of what was a memorable – and, at times, wild – campaign, particularly for those of us permanently online.

From Harry Maguire – or was it his people? – trolling one of his fellow Leeds fans for the warm return of Christian Eriksen, there were plenty of great social moments to remember.

Here are some of the best:

2. Pogba performs on the big stage

3. One for the Traditionalists

In October, a Newcastle United takeover for £305 million backed by Saudi Arabia passed on.

They were greeted by bona fide royalty Geordie…

Those were the halftime scenes…

A 4–0 defeat at Anfield in April meant a 9–0 aggregate defeat for United. Ooft.

Possibly the social moment of 2021 (and perhaps since records began) came when West Ham midfielder Declan Rice rapped live on Twitter to thousands of viewers – including his club, Domino’s Pizzeria, Burger King and the NFL…

7. Spider-Man was all over Tottenham’s web

For a short time, an unlikely friendship seemed to blossom between Tottenham striker Son Heung-Min and Spider-Man actor Tom Holland.

We didn’t really understand, but it looked healthy enough.

Chelsea and Liverpool have produced some incredible moments this season – with the teams not only meeting in both domestic cup finals, but taking both to penalties.

The drama was not limited to the cup competitions, however, with a exciting 2-2 draw in the league in January one of the games of the season. The biggest benefactors were Manchester City, although the real winner – as the cliché goes – was football.

After facing each other on the pitch, Blues goalkeeper Eduoard Mendy and Reds forward Sadio Mané shared a flight as they set out on a successful mission to the African Cup of Nations (AFCON)…

Prior to joining the Bees, he hadn’t played in a first-team match since he suffered a cardiac arrest during Denmark’s Euro 2020 match against Finland last June.

A rare highlight of Manchester United’s turgid season came when they beat old enemies Leeds on Elland Road in February. Captain Harry Maguire – who, it’s fair to say, hasn’t had a season to remember – opened the scoring for the Red Devils.

Arsenal was humiliated 2-0 by Premier League debutants Brentford on the opening night of the season, but took revenge by winning the reverse clamping 2-1.

12. Has Lukaku lost his touch?

Romelu Lukaku’s return to Chelsea generated a lot of hype – he had just helped Inter Milan win Serie A and scored 30 goals in all competitions.

But the season did not live up to the billing, with a particular match really painting a sad picture of his current form…

Sometimes football can still make for good stories – like when Brandon Williams almost got into a fight with an opposing playerbefore realizing that player was the aforementioned Eriksen and deciding he just needed some good care.

14. Can a rivalry be too friendly?

In April, before things got a little more tense, people were actually accusing Liverpool manager Jurgen Klopp and Manchester City teammate Pep Guardiola of being too close. Oh!

15. Hodgson stirs up a wasps’ nest

The collective effort of three managers was not enough to save Watford from relegation, with Roy Hodgson knocking them out late mature old age of 74 years.

With Everton finding themselves in a relegation brawl, their fans rallied to do what they could for the team.

In early May, Chelsea’s players and management were treated to a fireworks display outside the team’s hotel the night before the game at Goodison.

AND the Toffees went and won the next day.

This time it didn’t have the desired effect – Everton had two players sent off and lost 3-2.

After a successful loan from Barcelona, Phillipe Coutinho bets on Aston Villa term for an undisclosed fee. 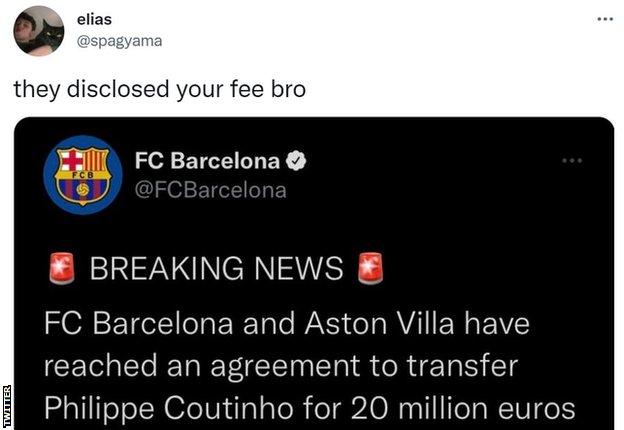 18. Legends clean up after themselves

Perhaps most notably, Mark ‘Mr West Ham’ Noble said goodbye to hammers after spending his entire senior career with the club (except for a few short loan spells).

The East End kid was eager to leave the locker room exactly as he found it.

We’re not crying, you are.