ARLINGTON, Va. — Pro-abortion protesters outside George Mason University’s Antonin Scalia School of Law Thursday afternoon called for “mandatory vasectomies” and claimed that “the Bible itself tells you how to perform abortions.”

About 30 abortion advocates gathered outside the entrance to the law school in Arlington, Virginia, to protest a speech that was due to be given by Supreme Court Justice Samuel Alito at the school.

The speech was being given by Alito remotely from the courthouse building as the aftermath of a draft opinion on the infamous pro-abortion case Roe vs Wade – written by Alito – was leaked, prompting leftists to gather outside judges’ homes to protest. 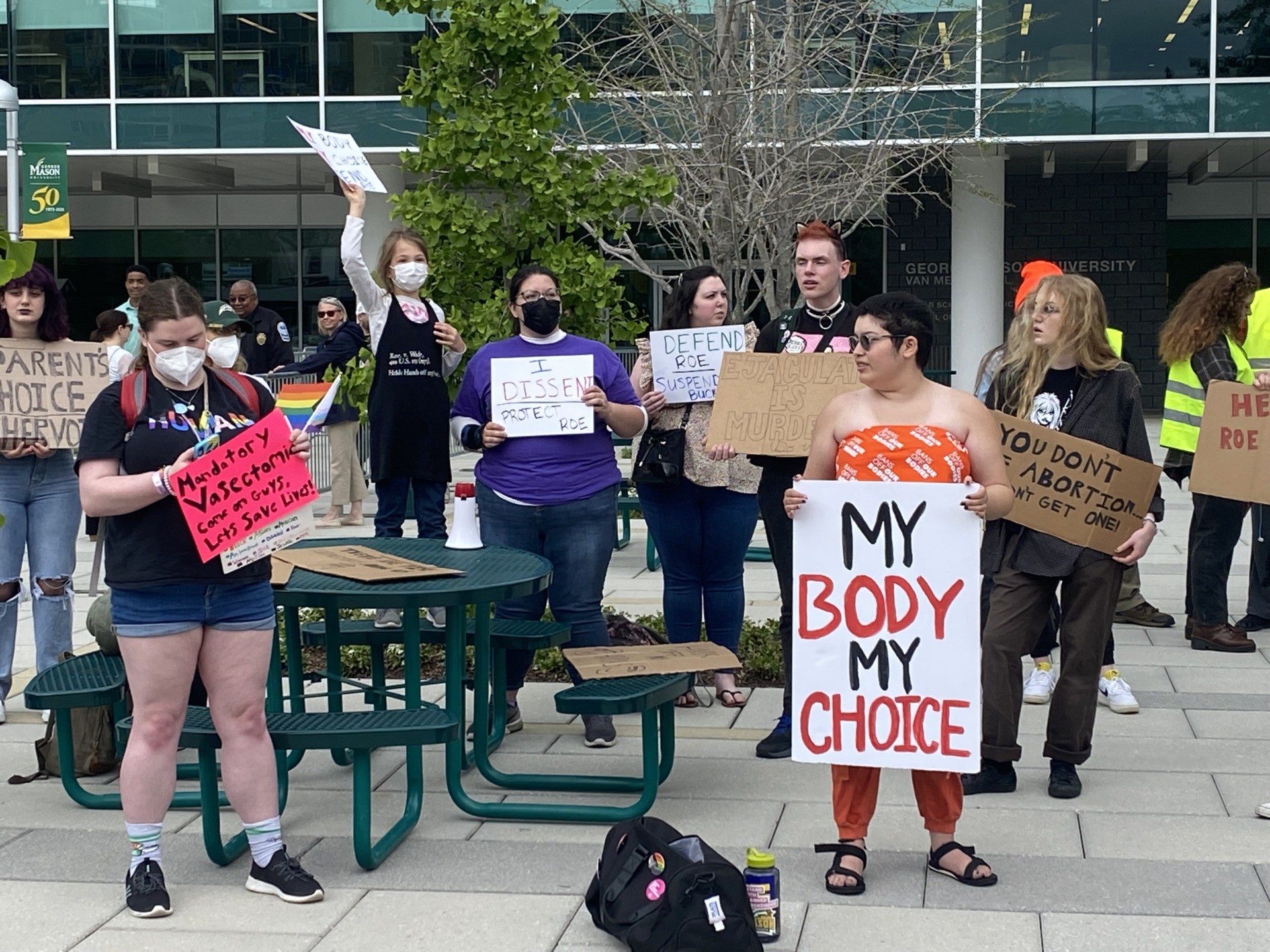 According to reports, Alito was moved to an undisclosed location for his own safety after the judges’ home addresses were posted online.

“The Bible itself tells how to do abortions,” said one speaker, who spoke about an abortion she had proudly had alongside her young daughter. “It talks about … performing abortions in various ways.”

After taking refuge under a tent when it started to rain, the same speaker asked other protesters if there was legislation mandating vasectomies. After the group replied, “No!” the woman started screaming “mandatory vasectomies!”

This same speaker claimed that “abortion is a human right” which is part of the reason she went to law school – apparently at George Mason University. 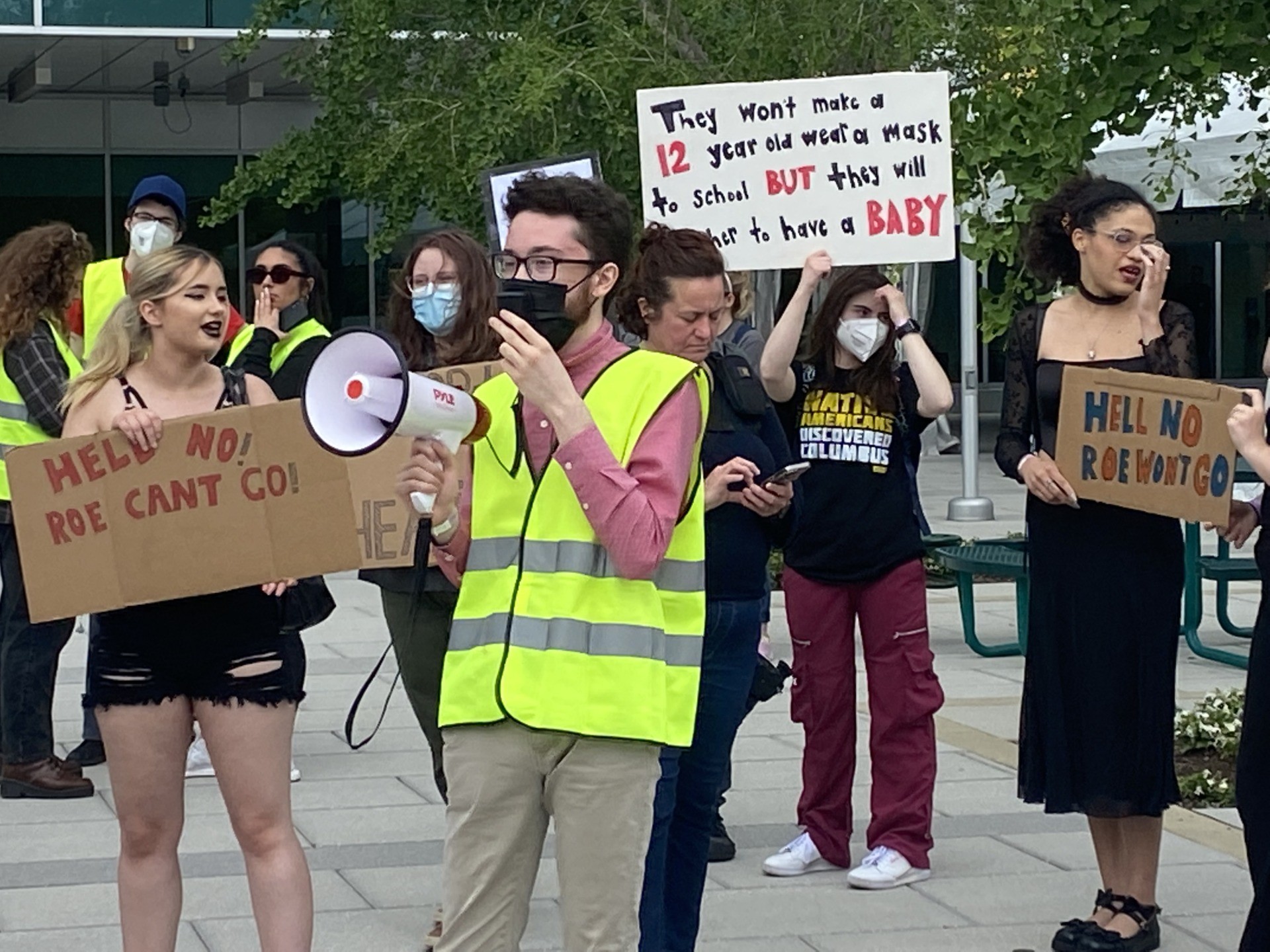 “Abortion saves lives,” she continued, apparently without irony. “He gets to where children can keep their mothers. Fifty-six percent of abortions are performed by mothers.”

“Roe vs Wade it’s essential health, it’s the right to privacy,” she said before erroneously claiming that the case also affects the legality of interracial marriage, contraception and the Health Insurance Portability and Accountability Act (HIPAA).

Speaking about women as if they were a monolithic voting bloc, the speaker said, “Don’t you think that if the women of this nation – the 52% of this nation that are women – stood up and took up arms, they wouldn’t have it and would they put up gun rights and gun restrictions almost immediately?”

She then questioned why Judge Amy Coney Barrett would have a police officer outside her home after her address was tampered with by leftists before questioning why Alito had to call virtually instead of being in person, apparently not acknowledging that the left made it dangerous for judges to go out in public. 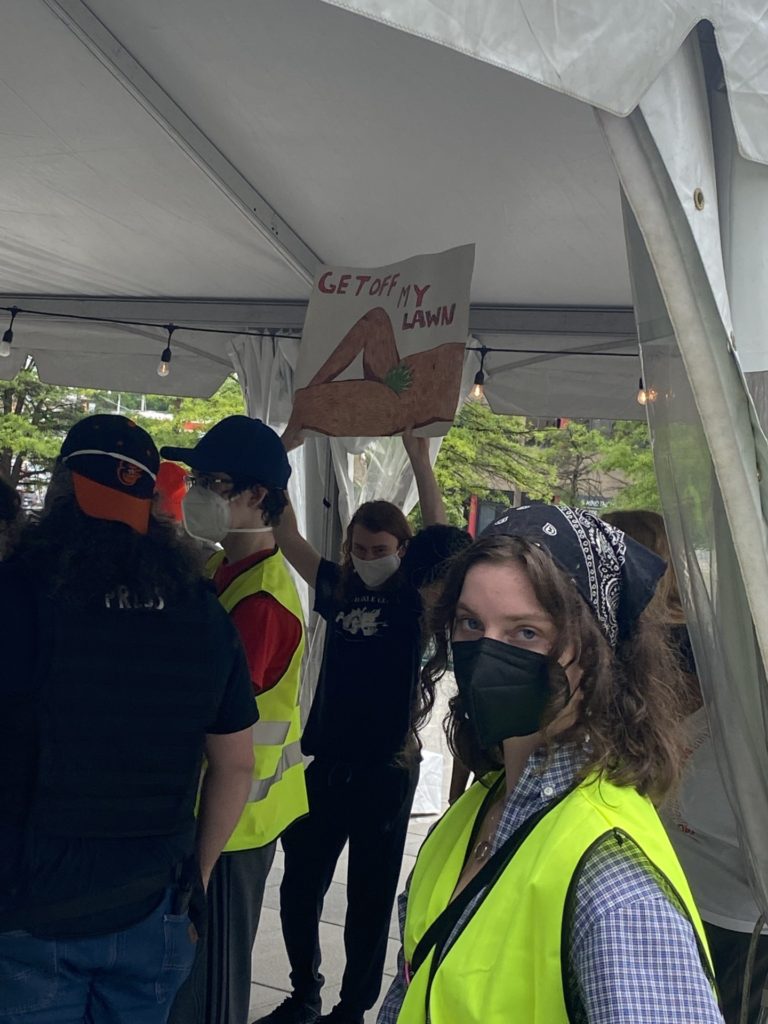 A freshman who said she is originally from Tennessee and said the Volunteer State established a “trigger law” that would make abortion illegal as soon as roe was officially overthrown.

“I think of my senator, Marsha Blackburn, who preaches about saving children,” she said. “Marsha, how can you save the children if you are forcing them to give birth?”

“I think about my governor, Bill Lee, who passed this ‘trigger law,’ and I think about how he works on the premise of improving mental health in Tennessee,” she continued.

“You will kill us with this decision,” she continued. “To Judge Alito: I won’t forget your summary when women in my state are dying. And for every judge who voted for overthrow roe: I will not forget you when the whole nation is dying.”

“You’ll have blood on your hands,” she yelled, apparently without irony. “And your hands will be covered in blood, just as my state will be.”

Breccan F. Thies is a reporter for the Breitbart News. You can follow him on Twitter @BreccanFTies.

Another ‘I do’, this time in Italy, for Kourtney and Travis