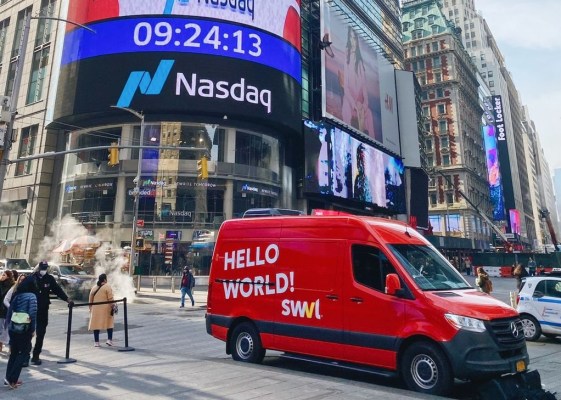 Egypt-born, Dubai-based mobility startup SWVL plans to lay off 32% of its workforce, it said in a statement today.

The company’s LinkedIn profile shows that it has over 1,330 employees. Laying off more than 30% of its workforce means that around 400 people will lose their jobs at the mobility company.

Tech companies, private and public, have faced a reckoning in recent months with their valuations plummeting. The effect of an economic downturn has also affected their finances, causing them to cut costs; at the top of the list is the dismissal of employees.

This downsizing of the Dubai-based startup adds to the long list of multi-stage global layoffs in what has been a difficult month for tech workers. More than 15,000 tech workers have lost their jobs in the US alone, according to reports. Companies like Klarna, Getir, Gorillas and Bolt have laid off parts of their workforce, while Snap, Twitter and Instacart have completely slowed hiring.

It’s been a very busy 18 months for SWVL leading up to this news. In March of this year, the company went public through a merger SPAC with US blank check firm Queen’s Gambit Growth Capital. It was priced at $10 a share and targeted a valuation of $1.5 billion, but traded between $4 and $8 for the most part. Its current valuation hovers around $500-600 million.

The layoffs are coming just a month after SWVL acquired UK-based mass transit group Zeelo for $100 million, according to sources. It is one of five acquisitions SWVL made in the past year; others include Germany’s door2door, Turkey’s Voltlines (for $40 million), Spain’s Shotl and Argentina’s Viapool.

SWVL said that while these acquisitions have contributed to its overall growth, it will need to make reductions in automated functions through investments in its engineering teams and products and support functions.

“The planned layoffs will affect teams responsible for roles that have been automated after investing in engineering, product and support roles,” SWVL said in a statement.

SWVL said it plans to reach profitability in the next year. Firing hundreds of employees is one way to get there. Others include developing its proprietary technology stack and growing its three models — on which it earns $5 million in MRR — in existing and new markets, it said in a statement.

SWVL is present in 13 markets globally: United Arab Emirates, Egypt, Kenya, Germany, Spain, Italy, Switzerland, Turkey, Japan, Argentina, Saudi Arabia, Jordan and Pakistan. According to one source, most of the layoffs will come from the company’s offices in Dubai and Pakistan.

“Swvl plans to provide cash, non-cash and job placement support to help transition some of its employees into new roles. As a result of the portfolio optimization program, Swvl management currently expects the company to have positive cash flow in 2023,” it said in a statement.

Extend the life of aged technology with a good power bank

With lack of action, Congress disapproves of immigrant children